Forging Strength gives Vikings fans a chance to hit a blocking sled as hard as they can for 8 seconds. The blocking sled was modified to include a load cell sensor that gives players live feedback on how many pounds per square inch they're exerting. The touch screen display and lights in the space react to the pressure level exerted on the sled.

Each fan is given an RFID bracelet that activates each game and tracks their scores. They can then see how they stack up to other Vikings fans and Vikings players. 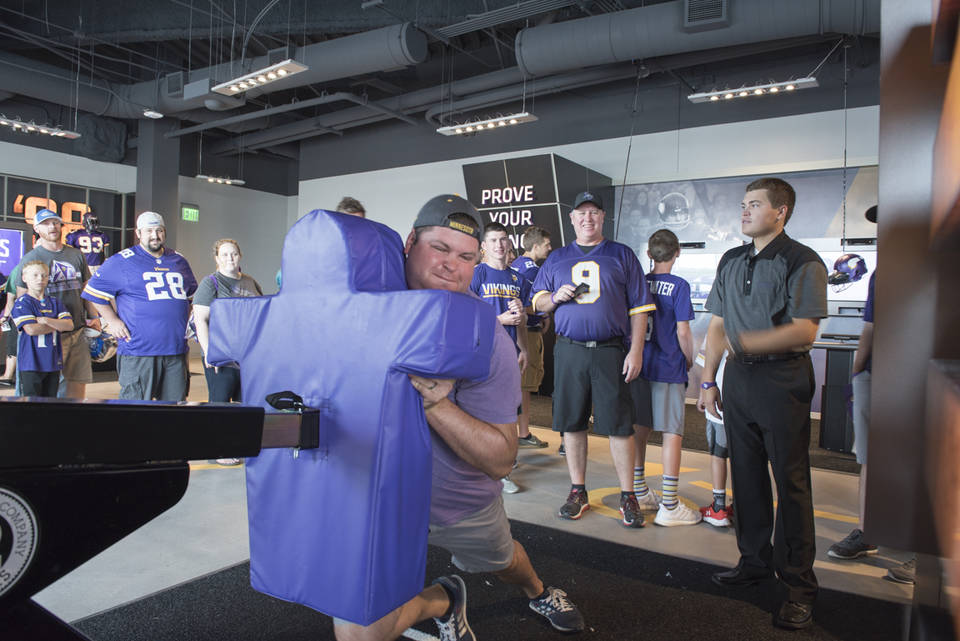 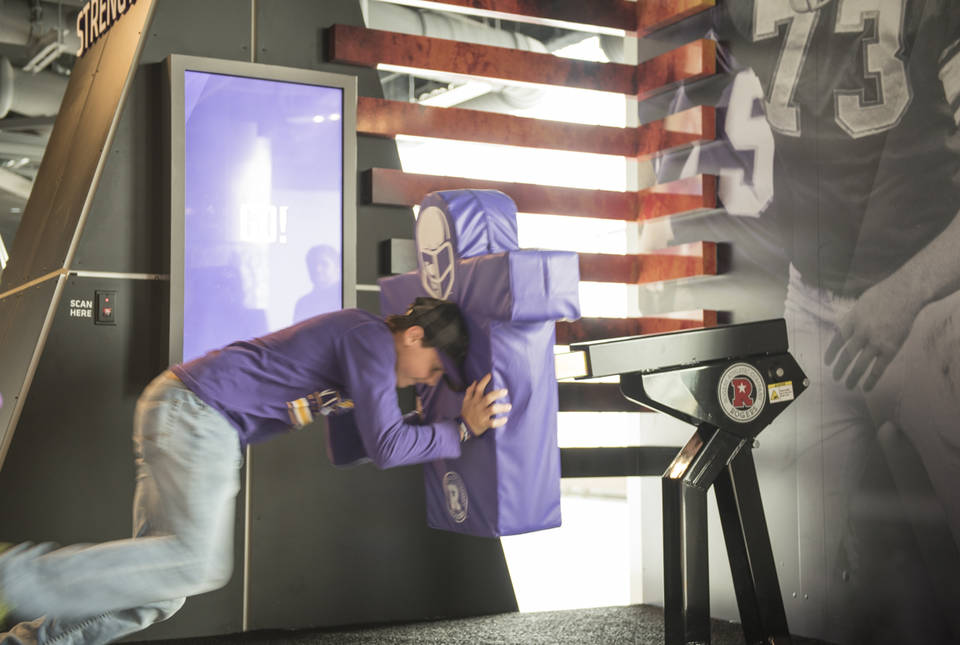 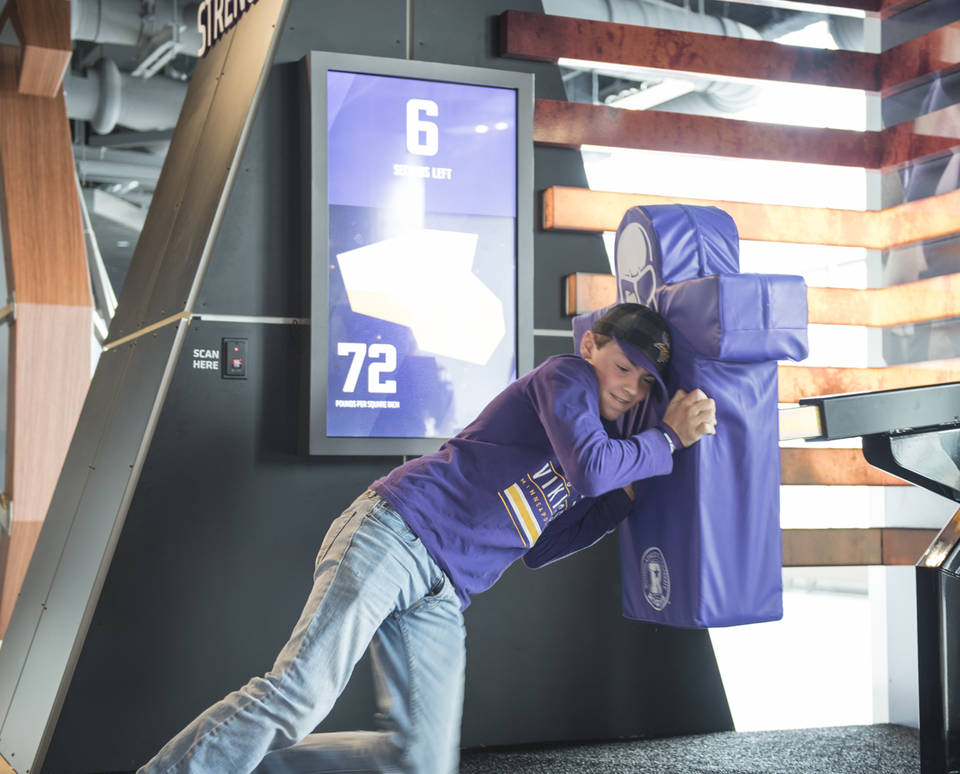 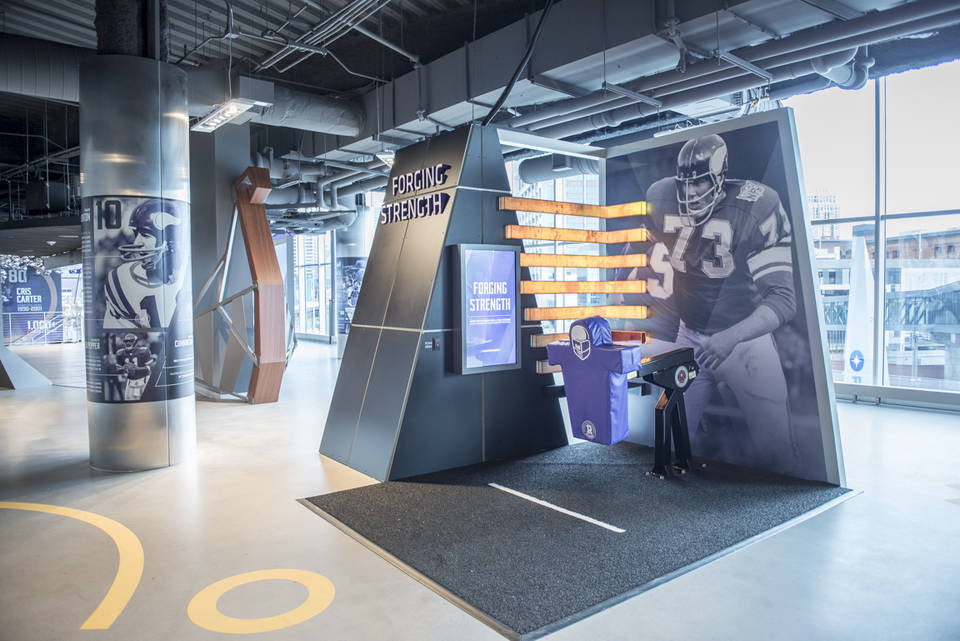 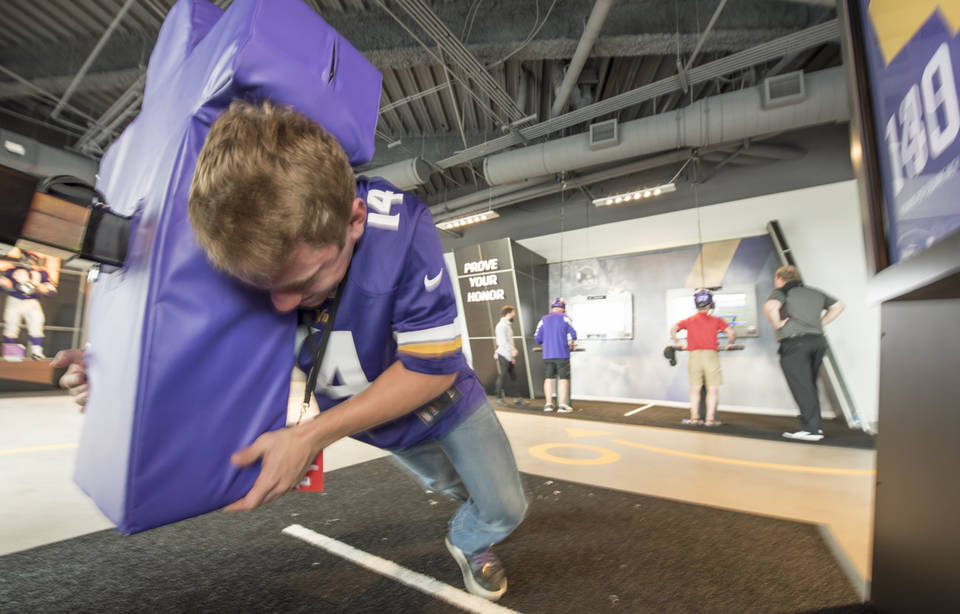 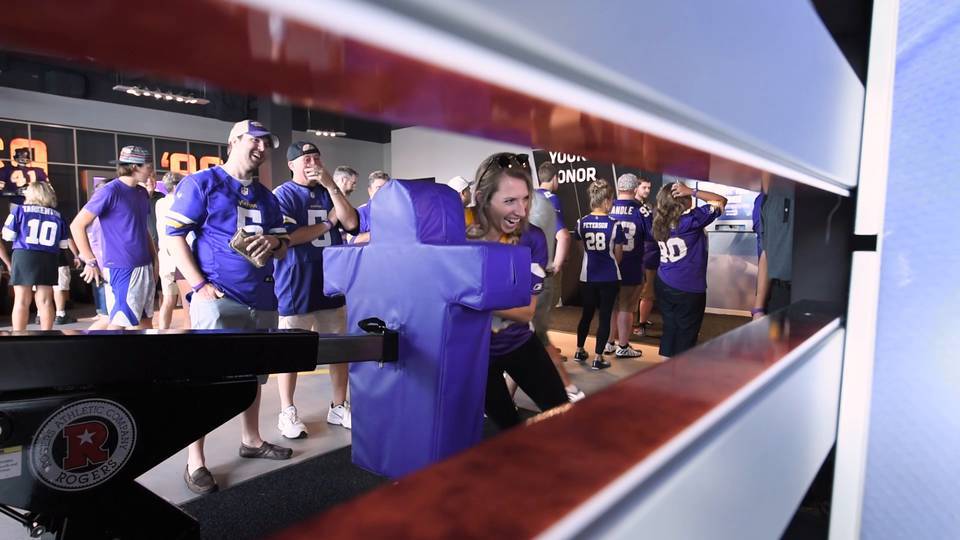 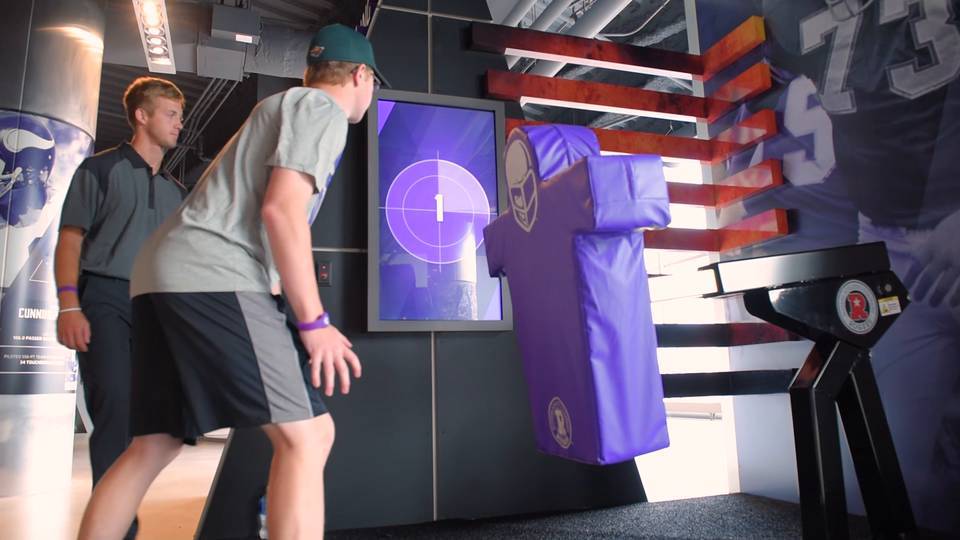 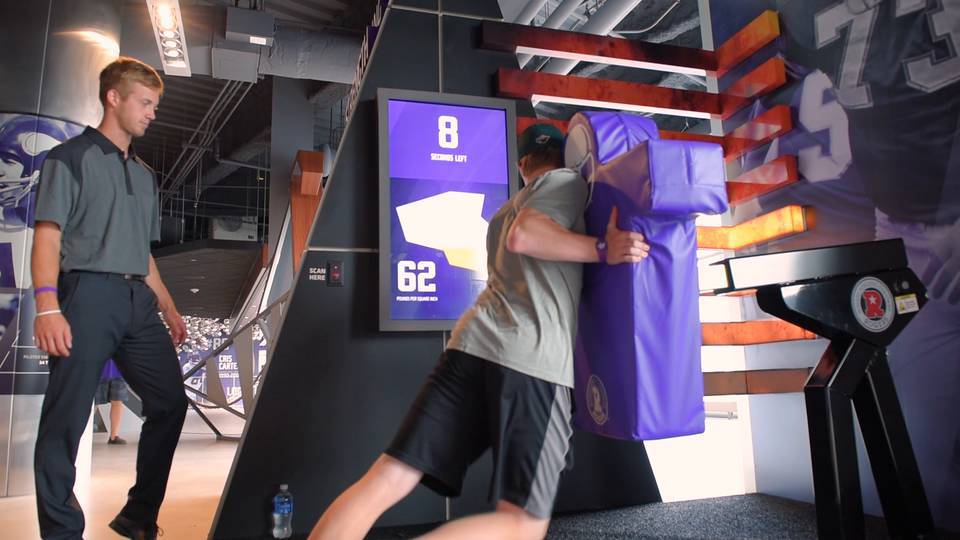 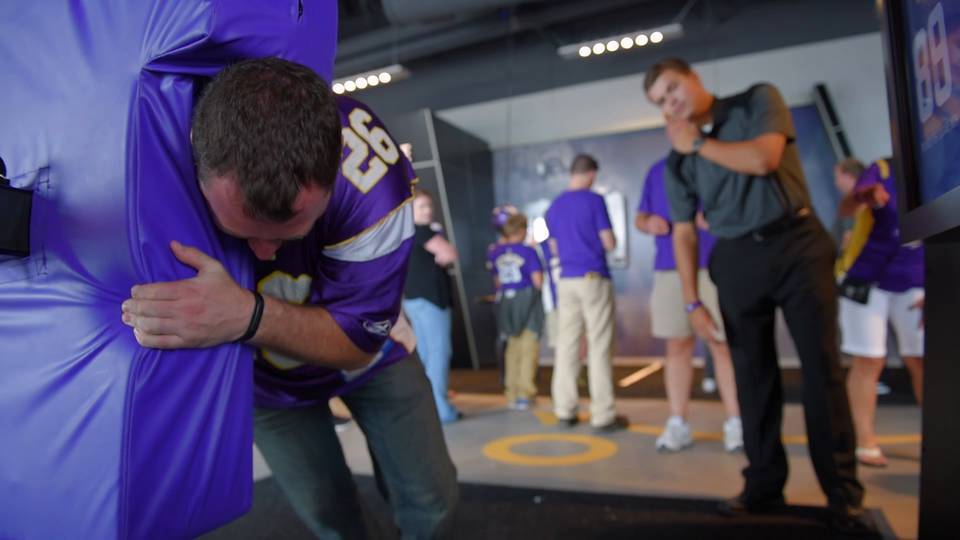 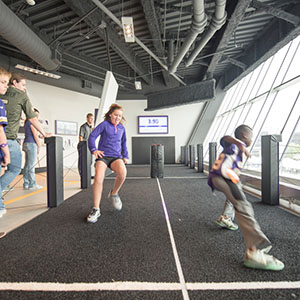 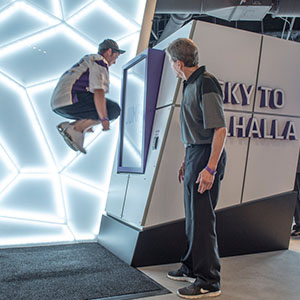 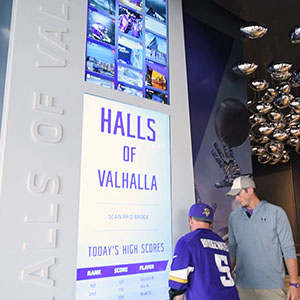 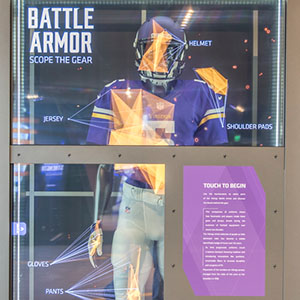