Boulevardia is Kansas City's biggest and best beer, food and music festival. I and my co-conspirators at RKO wanted to create a unique experience that would serve as a fun welcome to the festival, while giving festival-goers a digital keepsake as a souvenir of their time at Boulevardia. We created six photo booths arranged in two triangle-shaped units. We knew that the interaction needed to be quick and as intuitive as possible so we moved the user experience to the user's own mobile device.

To use the photo booth, you just need to pull out your phone, hit our website, enter the four digit camera code and hit "Take Photo". The photo booth plays a startup sound and starts snapping five photos. Those photos are stitched together in an animated GIF and sent back to the user's device. They can then share them on Facebook, Twitter or email, or just save the permalink to their photo. 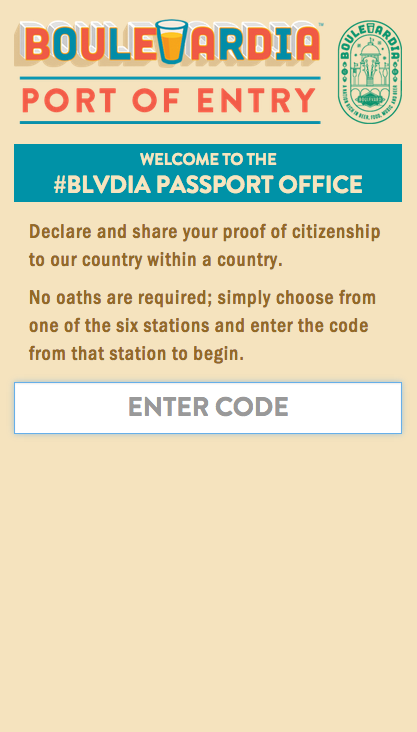 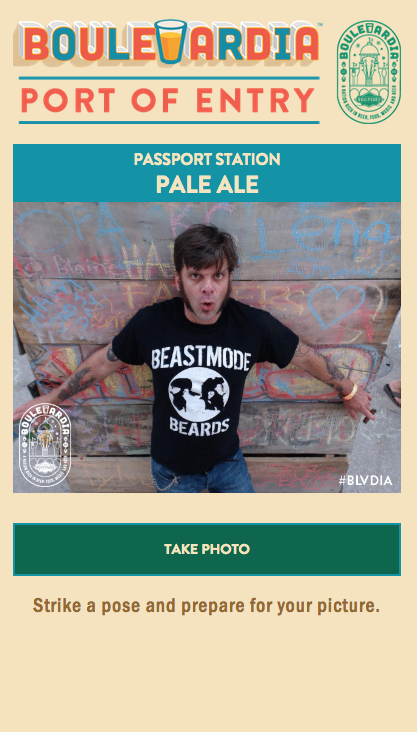 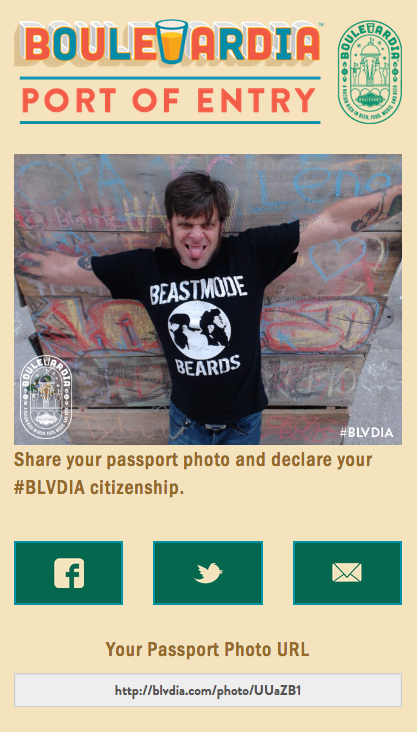 Tim O'Neill of Urban Lumber Company designed and fabricated the booths from steel and locally reclaimed rough-cut lumber. John Kreicbergs designed the application and signage and oversaw the production and coordination of the entire project. 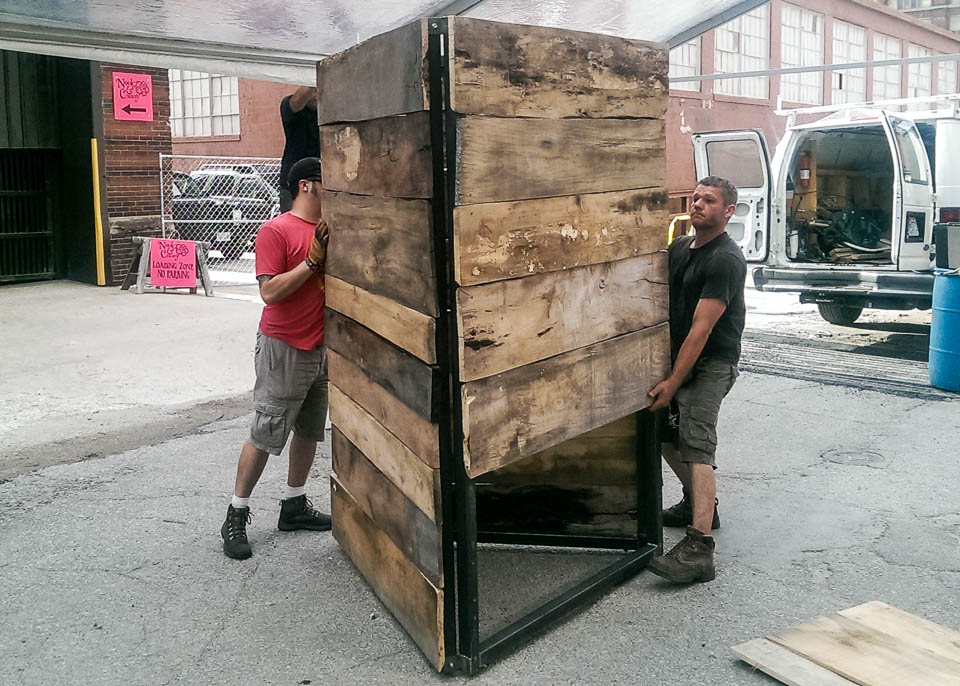 Each station is equipped with a webcam, speaker, LED lighting and a Raspberry Pi serving as the brains of each photo booth. 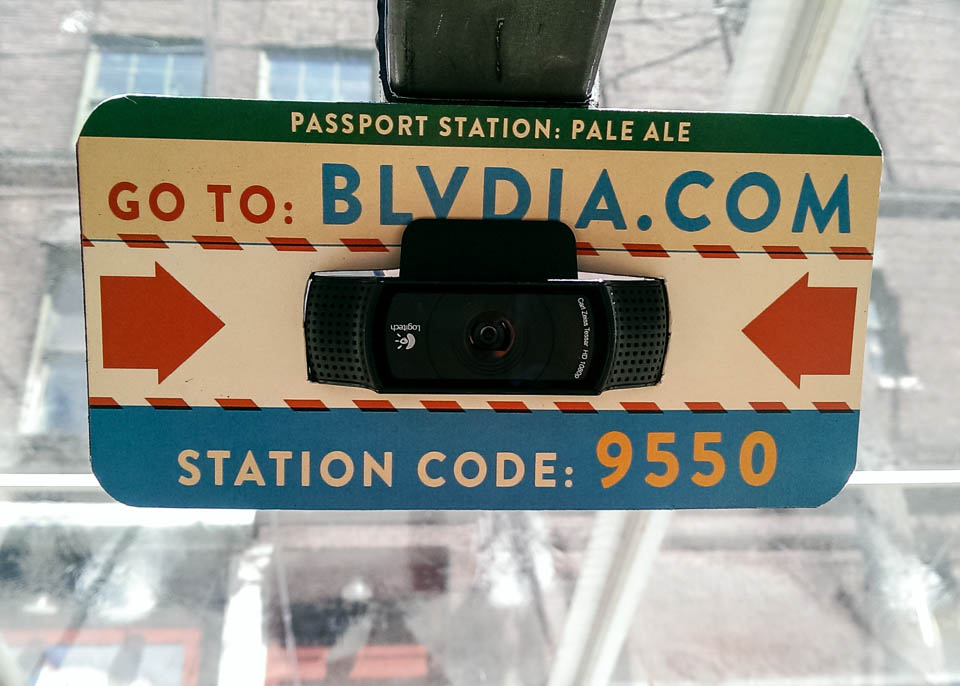 The web app is a simple Angular application with a Laravel back-end to serve as the photo data store. The Raspberry Pi's run a Node application combined with some bash scripts to capture photos, play sounds and generate GIFs. The final piece is a Node application that relays messages between the user's mobile devices and the photo booths. 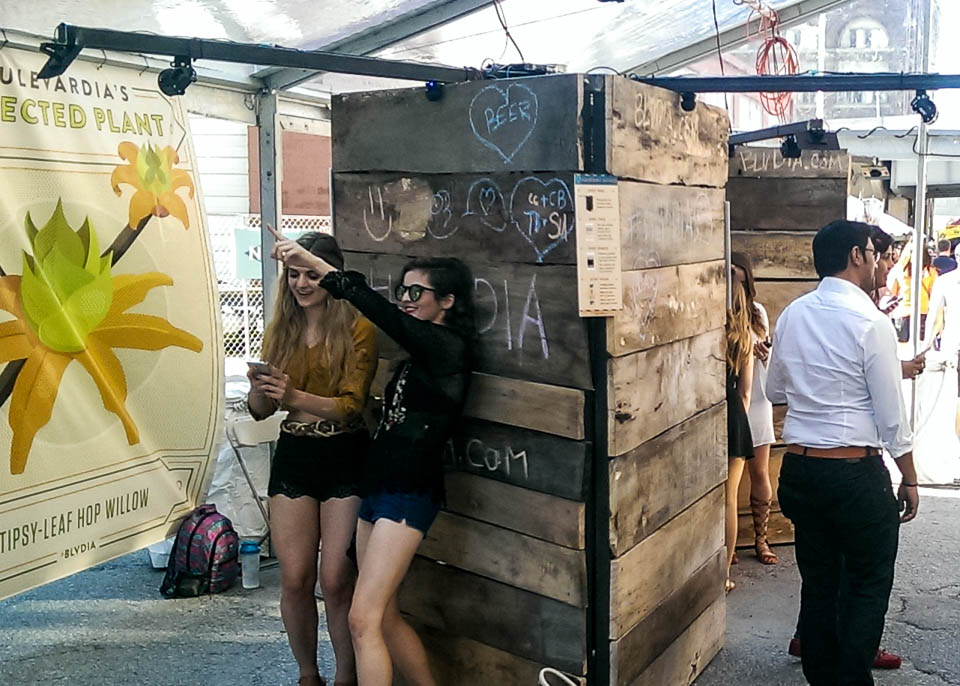 Giving people sidewalk chalk to add their own messages and artwork was a last minute idea that added a lot to the experience. 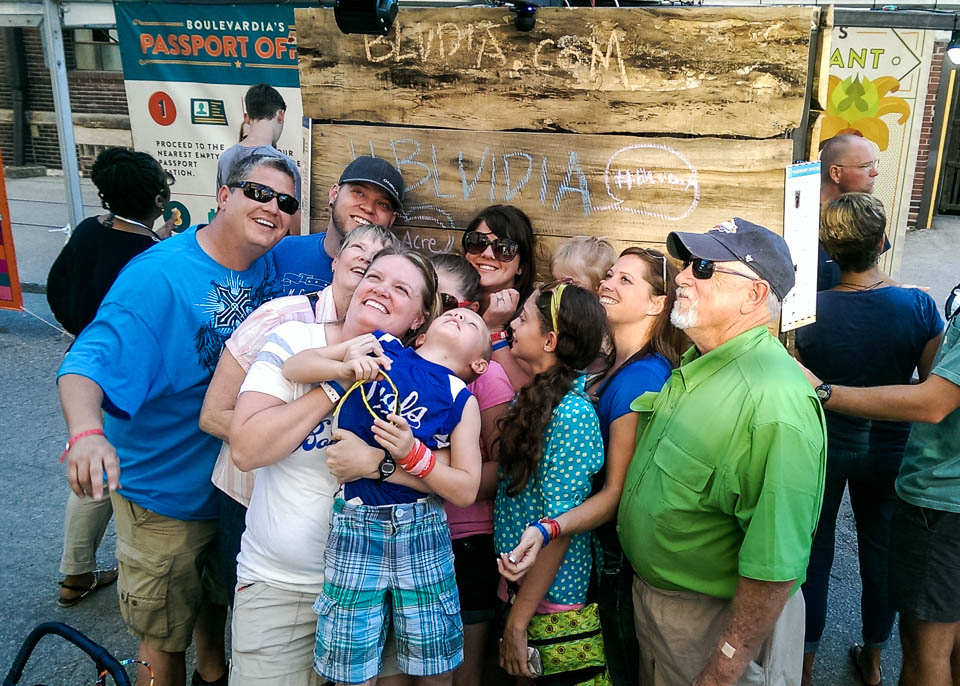 All the gear performed admirably through 100 degree heat, thunderstorm winds and well over 1000 uses. 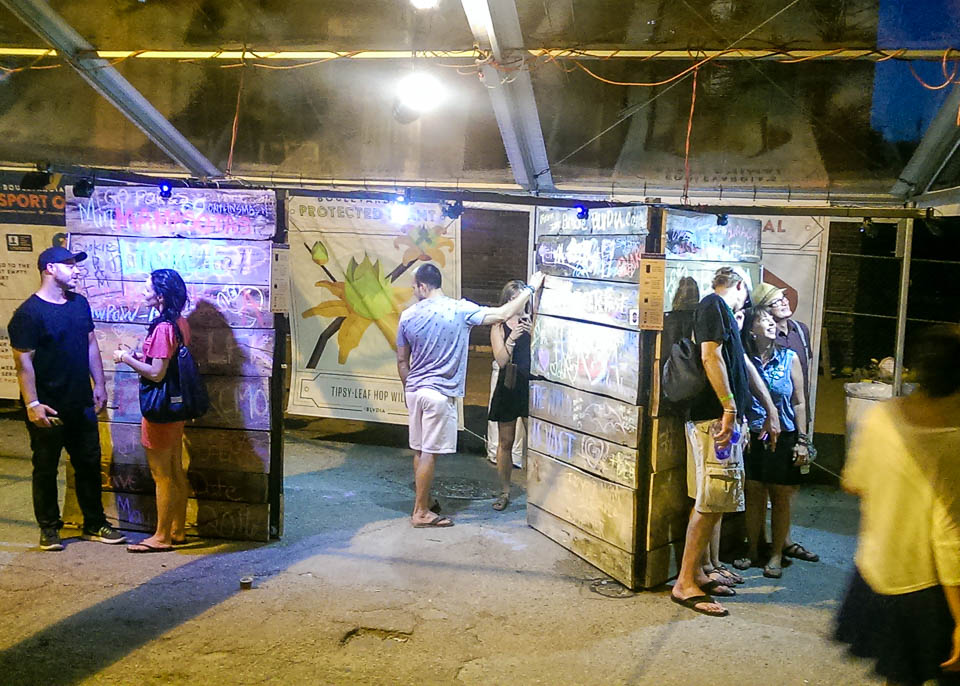 The Raspberry Pi's took about 8 seconds to render the GIF, so I added a series of random smartass messages to the loading screen. "Processing! And photoshopping that stuff out of your teeth.", "Converting your hot bod into a series of 1s and 0s." etc. 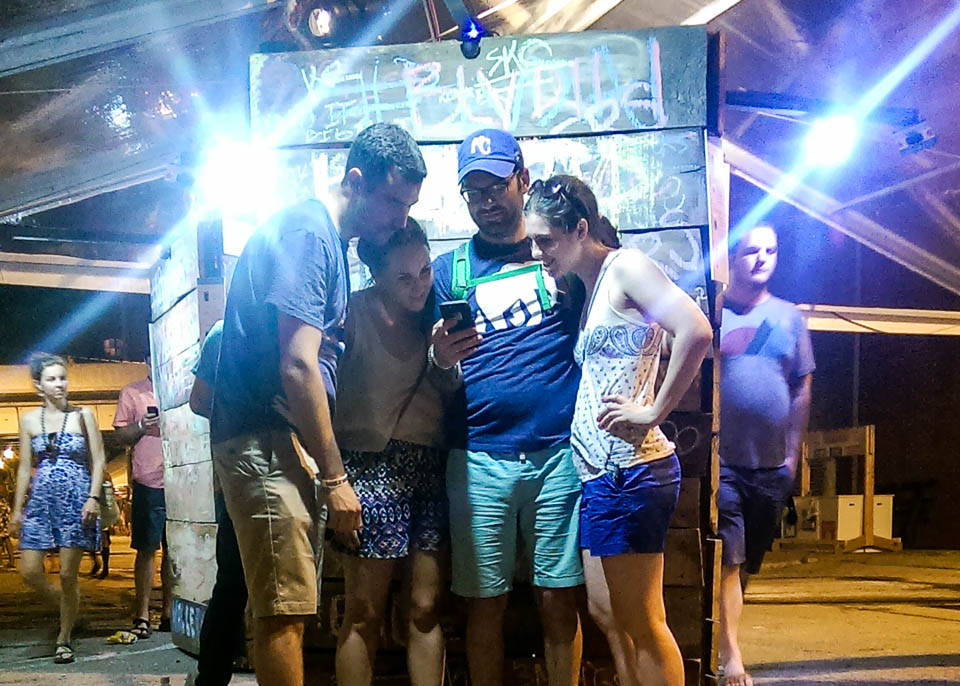